There is no denying that 2020 has been a rocky year but things are starting to look up – especially in the real estate department. According to WakeGOV, September 2020 was the second strongest month over the past four years for real estate activity. More than $1.6 billion in real estate changed hands in Wake County in September, making it the highest value month of 2020.

What Drove the Increase?

The transaction that really pushed September over the edge was Think Place, (Lenovo buildings), in Morrisville which sold for a combined amount of $189 million.

Following economic restrictions initiated in March, there was a dip in deed volume in April and May, but in June volumes returned to levels generally consistent with historical norms and that has continued throughout the third quarter. The September 2020 pace was a mean of 176 deeds per business day compared to 173 in August 2020.

What Did Homes Sale for in September 2020? 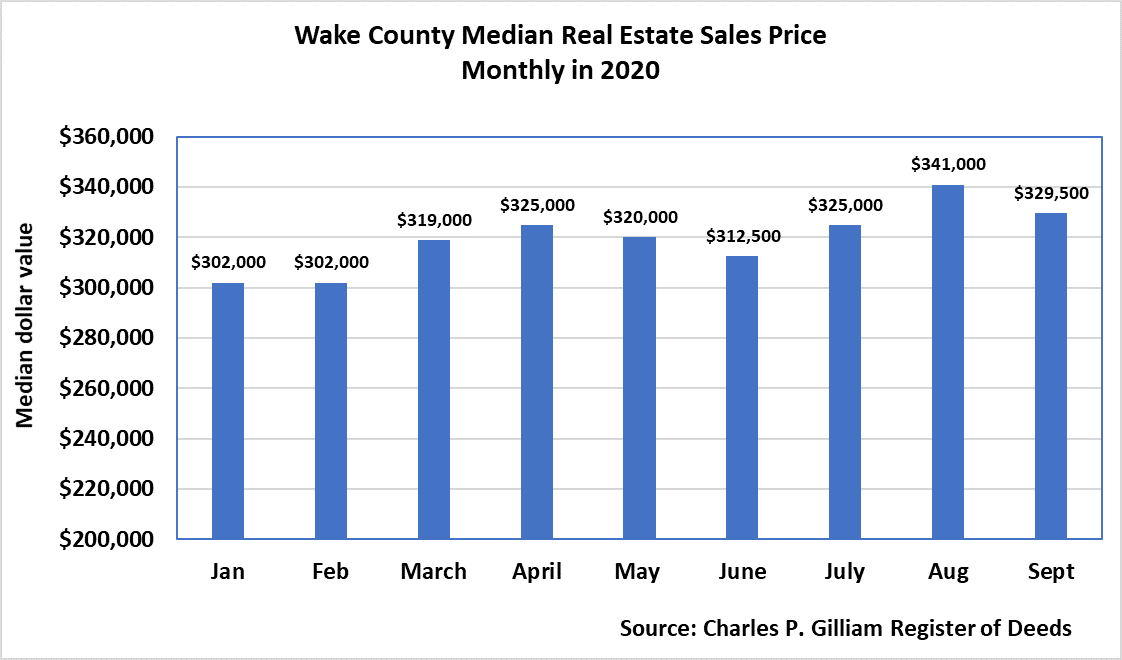 In September, the median sales price of a parcel of Wake County real estate was $329,500.

Learn more and take a deep dive into the numbers at WakeGov.com.

What Does This Mean for You?

Now is a great time to sell your home! People are looking for houses and homes are selling quickly. It is also a great time to refinance. Looking for more information about any of these topics? I would love to talk to you. Contact me today at 919-961-3277 or email me at annie@hudsonresidential.com.